Smoke drifted across the Evergreen state bringing ash and the smell of woodsmoke. Temperatures were rising and the warm days combined with the thick smoke from Washington wildfires let everyone know that the state was on fire.

It was on fire and people were dying trying to stop it. 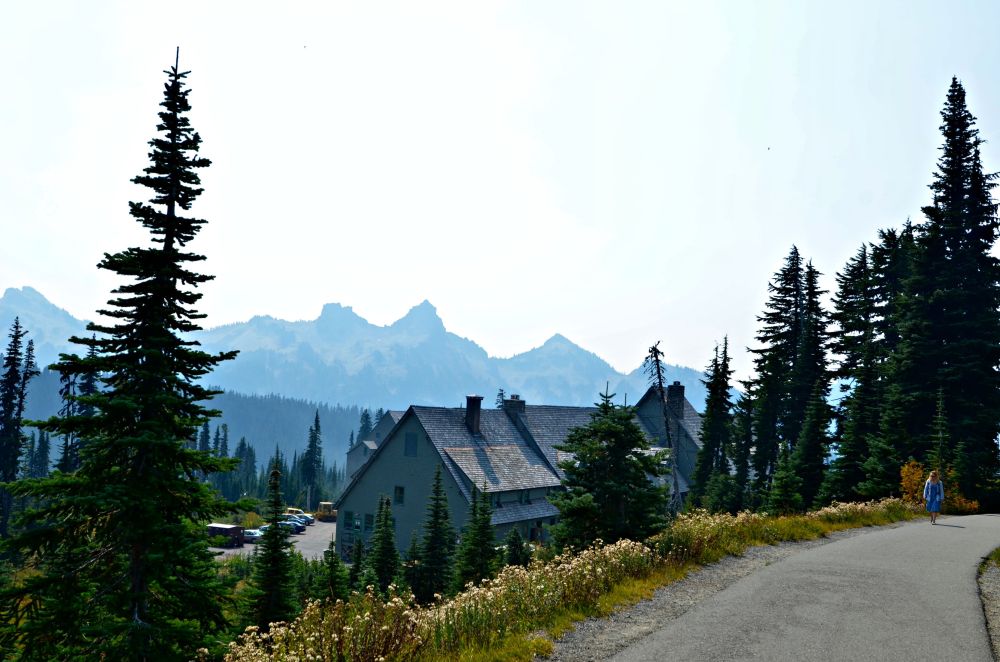 During that week, when it seemed like the smoke had lifted a little, we made the trek back to Paradise at Mt. Rainier. My sister Tori had never been and we figured we better get up there before autumn set in and views of the castle in the clouds became scarce. A hazy sky and the smoke smell greeted us on our arrival. We were hesitant about doing so much hiking with Cat since the sky was brown, but about 45 minutes into our trek the smoke began to dissipate. Lo and behold Tori finally got her views of the mountain.


Thankfully it is raining again. The rain and cold weather is helping to stomp out the fires, but really the thanks goes to the firefighters, service members and volunteers who put their lives on the line to stop the fires from spreading.