The plan to turn our sparse backyard into a beautiful thriving garden is well underway.

This year we opted to turn half of the yard into a garden by bringing in 10 yards of dirt and mulch. Getting all of our grass ripped out and dirt put in was hard work, but thanks to some help we were finally able to have the garden ready for planting shortly after Mother’s Day.

It was a slow start getting our seeds planted and we had a few casualties as we transplanted veggies into their new home, but ultimately everything survived. 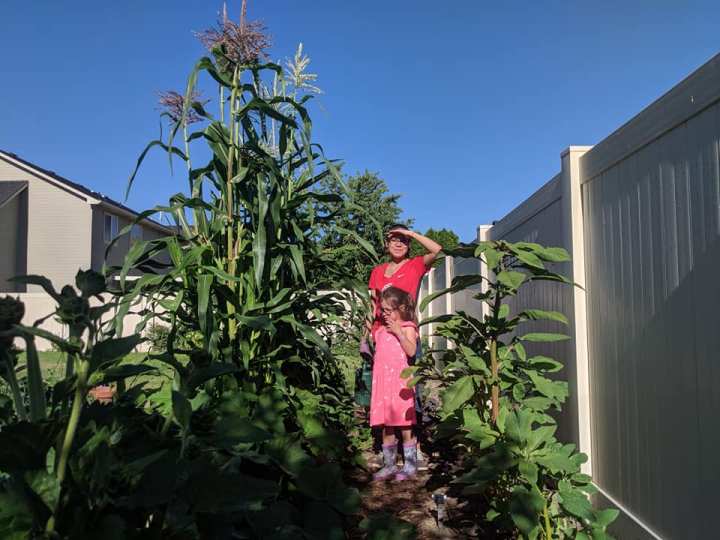 And a couple of mystery squashes popped up unexpectedly from the ground. Apparently something we grew last year re-seeded itself and is now thriving in the corner of our garden. It took a while for us to figure out what it was, but it finally revealed itself to us. The Kuri squash is back.

It’s pretty safe to say we have upped our gardening game this year, but it hasn’t been easy. Like I mentioned earlier we have had a few plants die off and some of our produce has been small. I managed about five potatoes from the first harvest. We did much better with the second, but still nothing too impressive. And we’ve had an aphid problem that has been frustrating. But between ladybugs and vinegar spray we’ve managed to keep them contained. 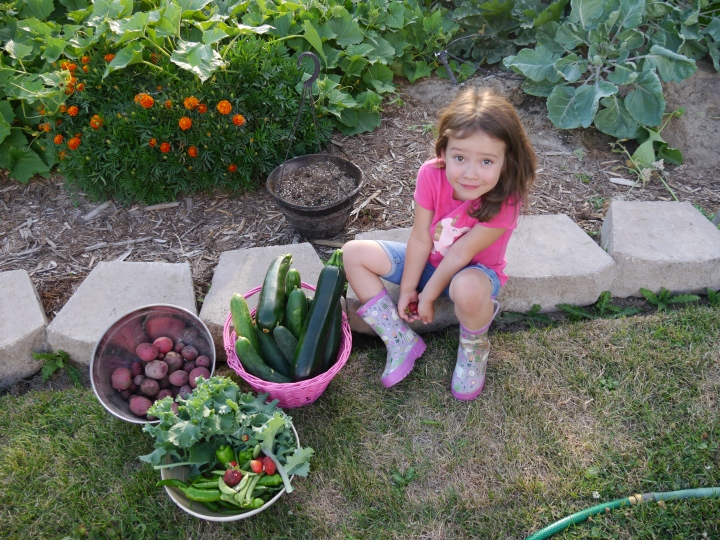 I’m also been busy cooking and freezing our produce. But I, of course, I have way too much zucchini. To be fair, I had only planned on having one plant this year, but our transplant looked like it died so I planted a second one next to it. Then our dead plant was resurrected and both are thriving and loving life!

But probably the best thing about our new garden is the hummingbird that comes to visit every day. He or she sure does love our flowers.

One thought on “Backyard Garden 2019”